Your body needs omega-3 fatty acids to regulate its metabolism. The three most important types are ALA (mostly plant-based), DHA and EPA (primarily found in animal foods). The best vegan omega-3 DHA and EPA supplements are algae-based. Basically, omega-3s are polyunsaturated fatty acids. Yet don’t let the word “fatty” put you off. You should definitely not avoid them, ‘cause they’re actually very good for you and have essential value for your overall health. In total, there are 11 types of omega-3 fatty acids. But the 3 main types that we should really care about and focus on are alpha-linolenic acid (ALA), docosahexaenoic acid (DHA) and eicosapentaenoic acid (EPA).

Omega-3s: where do we get them, what are they good for?

ALA comes from plant-based sources such as flaxseed, chia seed, walnuts, dark leafy green vegetables, and vegetable oils just to name a few. ALA has been said to have cardiovascular-protective, anti-cancer, neuro-protective, anti-osteoporotic, anti-inflammatory, and antioxidative effects.

The human body is capable of converting ALA into DHA and EPA. However, the conversion rate is quite low and not truly adequate. The main sources of DHA and EPA are fish and shellfish.

Studies indicate that EPA may possess some beneficial therapeutic potential in mental conditions such as schizophrenia, depression, hyperactivity and attention symptoms. DHA on the other hand is essential for the infant brain’s growth and development. It is also important for normal brain function in adults.

Plant based options of omega-3 for vegans

It’s a well established fact that omega-3 rich diets are not only good for health but can also provide protection against disease. Vegetarians and vegans have no problem concerning their ALA consumption since this fatty acid is mostly plant based. It’s DHA and EPA that pose some difficulty since they’re primarily found in animal foods.

The United Nations Food and Agriculture Organization advises an adult to take 250 milligrams of DHA and EPA per day. Yet this doesn’t necessarily have to come from fish or other animals. Lo and behold, there’s a vegan alternative!

We all know by now that most plant-based omega 3 fatty acids provide ALA. Most, but certainly not all. The major exception being marine algae.

You see, the reason why fish are so rich in DHA and EPA is because they feed on the algae in the first place. Research and studies have shown that the consumption of algae oil caused significant increases in DHA.

The ultimate vegan omega-3, straight from the origin

Since the fatty acid DHA found in fish primarily comes from the algae they consume, what could be better than going straight to the source?

All great minds seem to think alike. That’s probably why vegan or vegetarian omega-3 DHA and EPA supplements are derived exclusively from algae. What’s more, the source is completely natural.

Many algae supplements seem to have a lower recommended dose than fish oil supplements. This is probably because algal oil is usually more concentrated in omega-3s and DHA. This suggests that it’s better formulated for human metabolism. Alternatively, getting your nutrients from closest to its source as possible, may be another reason why it appears to be more effective.

Vegan omega-3: good for you as well as the environment

Algae are the base of the food chain for many marine animals. They are also present in great quantities all over the world. Unfortunately we cannot say the same for fish. Indeed, overfishing is one of the greatest threats facing marine life today.

A study from 2006 found that if current overfishing and pollution patterns continue, we can expect to see a complete collapse of world fish populations by 2048. In addition, the UN has reported that two thirds of the world’s fish are either depleted or fully exploited. There are those who seriously argue that the recent 3000% sales increase in fish oil may be a determinant.

So even if you’re not a vegan, marine algae could just be the ultimate answer for boosting omega-3 DHA and EPA in your system in a practical, environmentally responsible and sustainable way.

Who needs fish oil when you’ve got algae oil omega-3?

After the health benefits of omega-3 fatty acids became common knowledge and doctors began recommending them, certain issues surfaced in regard to the main source of DHA and EPA. Vegans and vegetarians were not comfortable taking supplements derived from fish.

Eventually scientists found the answer in algae. Not only is algae an alternative source of omega-3s, but it also presents certain advantages.

In comparison to fish, algae is lower down on the food chain. Therefore it is highly probable that omega-3 fatty acids from algal oils are naturally less contaminated than oils from fish.

Algae oil is safe for consumption as part of a food product as well. We use algae in fruit juices, milk, soy milk, cooking oil, sauces and tortillas among other such products. Moreover, authorities approve the use of DHA derived from algae in infant formulas. On the other hand, fish oil is not an advised supplement for infant formulas because it contains other fats that slow the growth of babies.

The bright and shining future of vegan omega-3

Studies indicate that the health benefits of algae oil are no different from its fish-based alternative. So algae may very well be the primary future source of omega-3s. Indeed, field experts can now select and grow specific types of algae that contain higher amounts of omega-3 fatty acids. Since algae grows quite quickly, it probably will turn out to be a much more sustainable source of omega-3 than fish.

Algae oil provides a viable alternative for vegans, vegetarians, people with seafood allergies and for those who just don’t like the smell and taste of fish. Also it is free of fish allergens, so it won’t lead to any fish related allergic reaction.

Rich in EPA and DHA, algae oil is the most practical and effective source of omega-3 for people on plant-based diets. Meanwhile the future forecast concerning the global demand for algae oil is that it will display even stronger growth. So all things considered, we could fairly and reasonably say that the future of omega-3s is lookin’ mighty green… 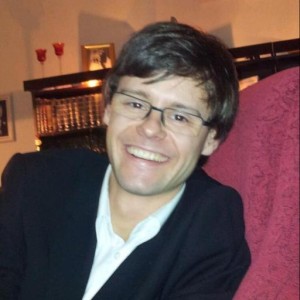